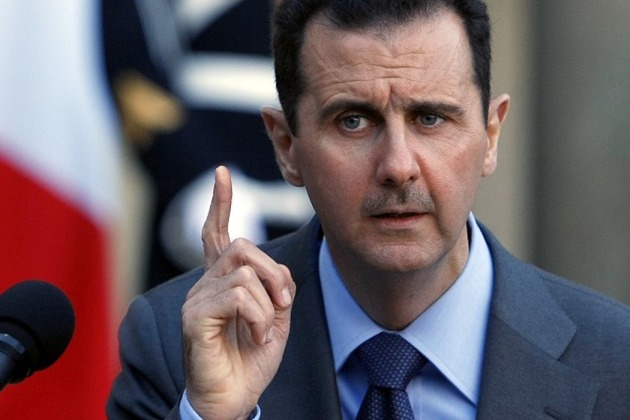 NEW YORK, U.S. - The government, friends and relatives of Syrian President Bashar-Al-Assad were awarded contracts worth millions of dollars by the UN, an investigation by the Guardian has revealed.

The UN has said that the urgency to rescue Syrian civilians had forced it to work along with the Assad regime.

"Of paramount importance is reaching as many vulnerable civilians as possible. Our choices in Syria are limited by a highly insecure context where finding companies and partners who operate in besieged and hard to reach areas is extremely challenging," said the UN spokesperson.

Owing to the complex situation in Syria, both the EU and U.S. had imposed sanctions on specific departments of the Assad government as well as on his relatives and friends. These were allegedly flouted by the UN, the report reveals.

According to the procurement documents of the UN, its agencies have conducted business with at least 258 Syrian companies, paying sums as high as $54 million. Most of these companies are believed to have links to Assad, his friends or family members.

A diplomat working for the UN has reportedly expressed "disappointment" with its position in Syria.

As per the investigation, over $13 million was allocated by the UN to the Syrian agriculture department though EU has prohibited any trade with this department.

Contracts worth $5.8 million were also awarded by various UN bodies to Syria Trust Charity which is owned by Asma, Assad's wife.

The $4 million aid given by UN to the state-run fuel supplier is also in contention as the oil company is owned by Rami Makhoulf, the cousin of Assad.

Makhoulf features in the sanction list of the U.S. which has even labelled him "the poster boy of corruption."

A UN diplomat reportedly explained to the Guardian that the international body was asked by Assad to work along with his government institutions.

"The UN country team knew from the early days of the conflict that neither the government nor its authorised list of local associations for partnership with the UN could be considered as befitting the humanitarian principles of independence, neutrality and impartiality," pointed out the diplomat.

"This important consideration was stepped aside by the UN to satisfy the government's leadership demand for the humanitarian response. This set the tone for UN entanglement with entities closely associated with the government," he said.

Those working with the international body point out that the UN is not required to stick to the sanctions imposed by the EU or the U.S.

Syria Campaign, the humanitarian community which leaked the information to the Guardian pointed out that the UN had given into Assad's demand not to enter rebel-held areas, resulting in the deaths of many civilians.

The Assad government had been threatening to take away UN's permission to work in Syria if it did not accede to its demands, reveals the investigation. Using this threat, Assad even controlled where, when and how the aid was used.

Rights groups have however lauded the UN for being transparent about the companies and persons that supply it with funds for the conflict-ridden region.

Since 2011, Syrian President Bashar-Al-Assad has clamped down on demands for democracy. The President's dictatorial rule, eventually resulted in an armed conflict which has left 2,50,000 dead.

More than 11 million people have been displaced from their homes in the conflict between Assad's forces and those opposed to him. The Islamic State has posed an additional threat to the conflict that is raging in Syria.