Ireland steps up preparedness for no deal Brexit 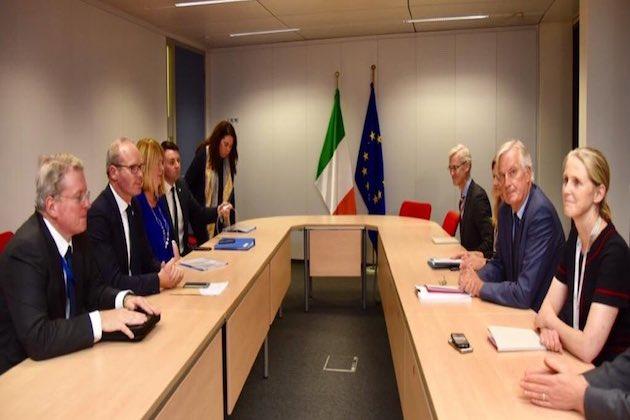 DUBLIN, Ireland - The Irish government is making more than 1 billion euro available in the budget to provide for a No Deal Brexit.

The funding will be used to protect Ireland from the worst effects of a No Deal. This is on top of existing grants and loans which are already being made available for business and agriculture, and is in addition to ongoing government expenditure on Brexit preparedness.

While the preparations go on, the government says it has not given up hope on a Brexit deal.

"Good meeting with @MichelBarnier and team tonight. EU remains focused on finding solutions with the

The Irish government says it has been actively preparing for Brexit since before the 2016 referendum.

In December last year, the government published a Contingency Action Plan for a No Deal Brexit, setting out actions which were being taken across a wide range of areas to prepare fin advance of the March and April 2019 deadlines. In July, the government published an Updated Contingency Action Plan which outlined the further work across all sectors to further strengthen and refine preparations in the lead up to a potential no deal Brexit on 31 October.

Details of the Budget 2020 package were outlined by the Tnaiste and Minister for Foreign Affairs and Trade, Simon Coveney, and a number of other ministers at a special Brexit press conference in Government Buildings on Tuesday afternoon.

Brexit remains the number one threat to the Irish economy, jobs and livelihoods. Whilst the problem is not of our making, the government must continue to prepare for both a deal and a no deal outcome. Budget 2020 protects Ireland from the worst of No Deal and builds on the hundreds of millions that have gone into Brexit contingency in Budget 2019 and Budget 2018.

These funding streams will lead to significant additional spend at local level in the areas most affected by Brexit. The scale of the contingency funding, the government says, will also allow further specific initiatives targeting the most affected parts of the country.

The government says it will continue to work with trade unions and employer organisations to finalise measures to support both companies and workers in the event of a No Deal Brexit.

In addition, 355 million euro will be spent on on-going Brexit preparedness, compliance and activation supports. Of this, 185 million in current and capital funding will be used to ensure compliance conditions are met and trade disruption is minimised, including extensive investment in ports and airports infrastructure for a no deal Brexit, as well as funding for extra staff and other costs. A further 170 million euro will be spent on measures across a number of sectors to ensure that the State and economy are well positioned ahead of Brexit. These includes Brexit Responses and Global Ireland, assistance to enterprise, tourism supports, farm sector and competiveness supports.

Assistance will also be available at the EU level for Member States most affected by Brexit. The government is working in Brussels to seek additional financial support in the event of a no deal Brexit, including exceptional aid for Ireland's agri-food sector and on other possible supports, such as through the European Globalisation Fund and the Solidarity Fund.