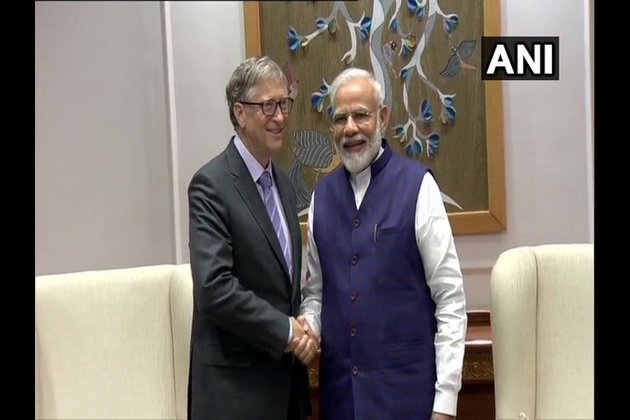 Gates is also a co-chair and trustee of the Bill and Melinda Gates Foundation.

Earlier today, Gates addressed a function organised by NITI Aayog for the release of its report on 'Health Systems for a New India: Building Blocks - Potential Pathways to Reforms' wherein he lauded the country for its healthcare system and talked about how digital tools can help improve it further.

The philanthropist commended the Central government for stepping up and eradicating Polio.

"India is in a very hopeful situation and is set to be an example for other countries," he said.

In September, the Bill and Melinda Gates Foundation had honoured Prime Minister Narendra Modi with the Global Goalkeeper Award for his contributions to the cleanliness drive and efforts to improve access to sanitation in India through Swachh Bharat Abhiyaan. The Award ceremony took place on the sidelines of the 74th session of the United Nations General Assembly (UNGA) in New York. (ANI)