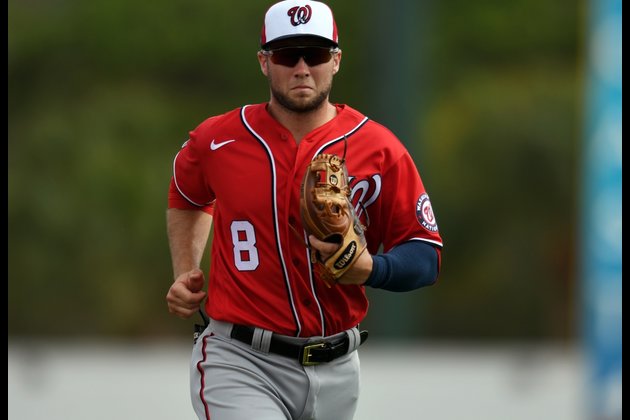 The 22-year-old Kieboom won the position battle with veteran Asdrubal Cabrera to replace the departed Anthony Rendon, who signed with the Los Angeles Angels in December.

"As of right now, yes, I anticipate in a 60-game season, he's going to go out there and play every day," Martinez said of Kieboom.

A first-round draft pick (28th overall) in 2016, Kieboom struggled in 11 games with the Nationals in April and May of 2019. He batted .128 with two homers, two RBIs and 16 strikeouts in 43 plate appearances. He also made four errors in 10 starts at shortstop.

Sent back to the minors, Kieboom batted .303 with 16 homers and 79 RBIs in 109 games at Triple-A Fresno in 2019. He only made nine starts at third base and committed four errors.