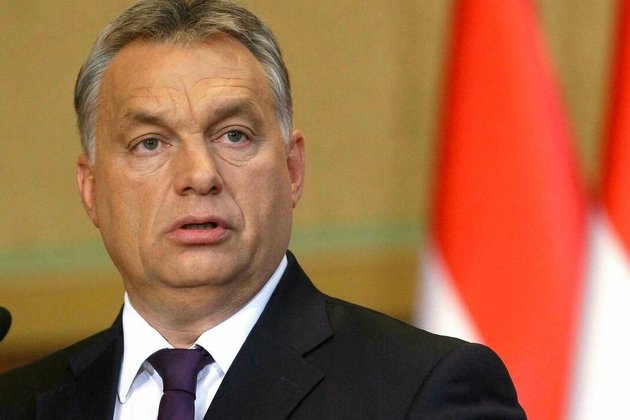 Hungary is to hold a referendum on legislation that limits the teaching of homosexuality in schools. The EU has begun legal action against the law, which it says violates its rules.

The referendum is intended to gauge domestic support for the measure, which came into force this month. It bans the "depiction or promotion" of homosexuality and gender reassignment to minors.

Prime Minister Viktor Orban's office said the poll should be held either later this year, or early in 2022.

Orban said the referendum would ask voters five questions. They include whether whether schools should be allowed to talk about sexuality to children without the consent of parents, and whether children should be exposed to unrestricted harmful sexual content.

He urged voters to answer "no" to the questions.

Several opposition parties called for a boycott of the referendum. President of the right-wing Jobbik party, Peter Jakab, said the proposal was a "clear diversion" from spying allegations.

A consortium of international journalists has found that the Israeli Pegasus spyware was used to hack smartphones belonging to journalists, human rights activists and government officials around the world.

Hungary allegedly used the software to access the smartphones of journalists, politicians and business figures.

The LGBT law has sparked protests inside and outside of Hungary, and the European Commission last week began infringement proceedings against Hungary, saying the legislation violated EU rules on rights to freedom of expression, as well as free trade and provision of services.

Hungary has says the commission should not interfere with its domestic affairs.

Orban has accused the commission of holding off on approving the country's Covid recovery plan because of its opposition to the law.

A report published Tuesday listed serious concerns about the rule of law in Hungary and Poland, but made no specific mention of the LGBT legislation.