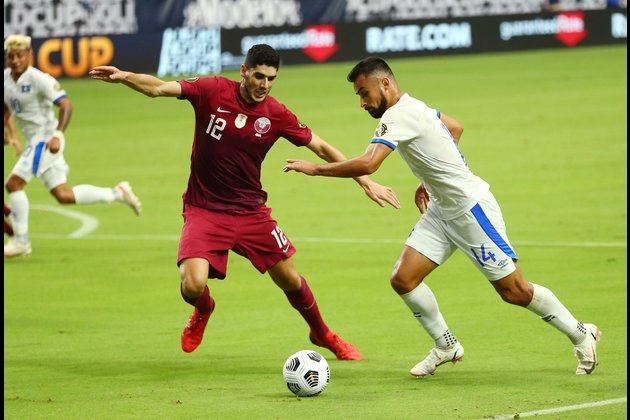 Qatar became the first out-of-region invitee to reach the CONCACAF Gold Cup semifinals in 16 years, holding on to beat El Salvador 3-2 on Saturday in Glendale, Ariz.

Qatar advances to a Thursday matchup in Austin, Texas, against the winner of a Sunday match in Arlington, Texas, between the United States and Jamaica.

In the early going, Qatar jumped on top 2-0 behind goals from Almoez Ali in the second minute and Abdulaziz Hatim in the eighth minute.

An Ali penalty kick in the 55th minute bumped the lead to 3-0, but Joaquin Rivas responded with tallies for El Salvador in the 63rd and 66th minutes to increase the drama.

The second quarterfinal was scheduled to be played later Saturday night in Glendale, with Mexico opposing Honduras. The other quarterfinal matchup will see Costa Rica face Canada on Sunday in Arlington.