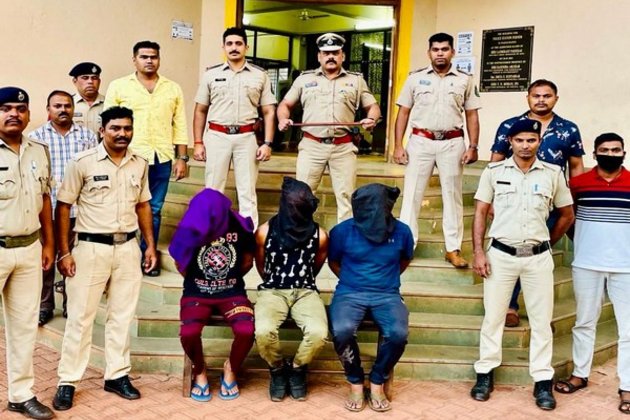 As per information shared by Pernem police, the accused have been identified as Shabab, Imran and Niyazuddin. Shabab and Niyazuddin are Bangalore residents while Imran lives in Delhi.

Upon receiving information on the accused, living in a rented house near Khind Morjim, technical and physical surveillance was mounted and a team was set up.

The team conducted a raid at Pernem and found various types of drugs in possession of the accused. Commercial quantities of MDMA and Ecstacy were found. 33 tablets of ecstasy worth Rs 1,50,000, 14 MDMA tablets worth Rs 1,90,000 and some Marijuana was found. The seized drugs are worth Rs 3,45,000 in the international market, said the police.

The accused are currently in police custody and the police are trying to find more details about them. Investigation into the case is ongoing. (ANI)

Grab app valued at $40 billion in debut on Nasdaq

SINGAPORE: Singapore-based Grab, the major ride sharing app used in South East Asia, has made its stock market debut on ...

After decades of delays, Shell Oil gives up on UK's Cambo oilfield

LONDON, England: Shell Oil announced this week that it has abandoned its plans to develop the Cambo oil field west ...

SYDNEY, NSW, Australia - Stocks in Asia closed modestly lower Monday as markets appeared to be coming to grips with ...

US saw only 210,000 hired in November, falls short of expectations

WASHINGTON D.C.: In a reversal of the predictions of expected job growth issued by economists, U.S. employers hired only 210,000 ...

CHESAPEAKE, Virginia: Discount retail chain Dollar Tree said it will raise its prices from $1 to $1.25 for most of ...

DETROIT, Michigan: General Motors has announced that it will construct a new cathode factory in North America for its electric ...

NEW YORK CITY, New York: A former Netflix software engineer and his friend will serve time in prison after being ...

VIENNA, Austria: A surgeon who amputated the wrong leg of an 82-year-old patient in May, later describing the mistake as ...

MUNICH, Germany: German authorities announced this week that a World War II bomb exploded at a construction site next to ...

LONDON, England: The United States, United Kingdom, European Union, and Canada have agreed to tackle the ongoing migrant crisis on ...

MEXICO CITY, Mexico: A Mexican gang crashed vehicles into a Mexican jail this week, in a successful bid to free ...