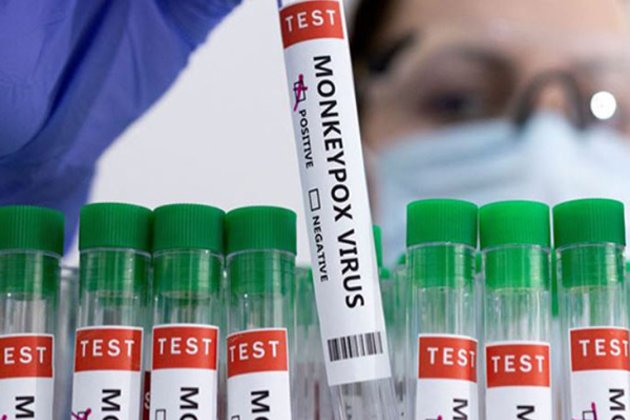 Washington [US], August 5 (ANI): The United States on Thursday declared Monkeypox a Public Health Emergency which indicates that the virus has a significant risk for Americans, media reports said.

The announcement was made by President Biden's health secretary Xavier Becerra. The designation will free up emergency funds and lift some bureaucratic hurdles, reported New York Times.

Over a week ago the World Health Organization declared a global health emergency over the outbreak, and it gives federal agencies power to direct money toward developing and evaluating vaccines and drugs, to access emergency funding and to hire additional workers to help manage the outbreak, which began in May.

"We're prepared to take our response to the next level in addressing this virus, and we urge every American to take monkeypox seriously," the health secretary, Xavier Becerra, said at a news briefing.

This move comes as US President Joe Biden and Becerra have been under intense pressure from activists and public health experts to move more aggressively to combat the outbreak.

Biden earlier named a veteran emergency response official and a respected infectious disease specialist to coordinate the response from the White House -- a sign that the administration is stepping up its efforts.

Supplies of the monkeypox vaccine, called Jynneos, have been severely constrained, and the administration has been criticized for moving too slowly to expand the number of doses. Declaring the emergency would not ease that shortage, but the administration may take steps to allow quicker access to tecovirimat, the drug recommended for treating the disease.

As of Wednesday, the United States had recorded nearly 7,000 monkeypox cases, with the highest rates per capita in Washington, New York and Georgia. More than 99 percent of the cases are among men who have sex with men.

The virus is transmitted mostly during close physical contact; the infection is rarely fatal -- no deaths have been reported in the United States -- but can be very painful. The country now has among the highest rates of monkeypox infection in the world, and the number is expected to rise as surveillance and testing improve.

Declaring monkeypox an emergency sends "a strong message that this is important, that it must be dealt with now," said Anne Rimoin, an epidemiologist at the University of California, Los Angeles, and a member of the W.H.O.'s advisory panel on monkeypox, as per the media portal. (ANI)

NEW YORK, New York - U.S. stocks fell Tuesday, with broad-based losses across the board. The technology sector, however, wore ...

Survey of economists says 2022 Turkey deficit could grow to $40.2 bln

ISTANBUL, Turkey: Turkey's current accounts are expected to record a deficit of $3.4 billion in June and end the year ...

SYDNEY, NSW, Australia - Stocks in Asia were mixed Tuesday while in the Pacific, markets rose. The scene mirrored events ...

DHAKA, Bangladesh: Bangladesh raised fuel prices by some 50 percent this week, which is aimed at reducing the country's subsidy ...

NEW YORK, New York - U.S. stocks closed mixed on Monday as investors fret about CPI data due to be ...

SOLOMON ISLANDS: In a move that opponents said is aimed at controlling and censoring the media, the government of the ...

WASHINGTON D.C.: In July, a Florida man was killed by exploding Takata airbag inflators, possibly becoming the 20th death in ...

After series of assassinations, Israel says it has eliminated all IJ leaders

Israel has launched an unprovoked war against the Palestinian resistance group Islamic Jihad. The Israeli army assassinated a high-ranking commander ...

EAST NUSA TENGGARA, Indonesia: Hundreds of Indonesian tourism workers went on strike this week to protest a sharp rise in ...

NASSAU, Bahamas: A team of explorers have announced that they have uncovered a treasure, including coins, gemstones and priceless jewels, ...