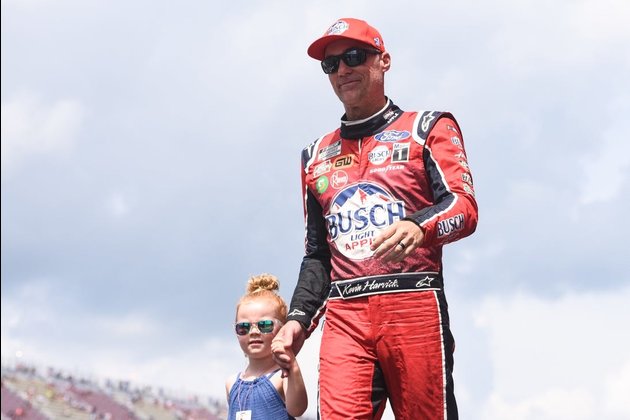 Kevin Harvick ended a 65-race winless drought Sunday when he crossed the finish line first at the Firekeepers Casino 400 at Michigan International Speedway in Brooklyn, Mich.

Harvick needed to win a race to grab a berth for the NASCAR Cup Series playoffs, and he did just that, beating out polesitter Bubba Wallace by 2.903 seconds.

"Really proud of everybody on our (team)," the 46-year-old Harvick said. "Digging along all year long trying to make these Mustangs run faster. They haven't been great this year. But our guys are doing a good job in trying to take what we have, maximize it and do the things that we need to do."

Harvick led 38 laps, but the key moment for his victory came late in the race during a caution. Ross Chastain and Christopher Bell had a collision, bringing out the yellow flag, and Harvick stayed out to take over the top spot.

Denny Hamlin made a push off pit road, but one of his pit crew stepped onto pit road, leading the driver to be penalized. Harvick took things from there.

Harvick, a veteran of the Cup Series and its 2014 champion, earned his first checkered flag since Bristol Motor Speedway in September 2020. It was Harvick's 59th career victory and his sixth at Michigan.

"Everybody who doubted us doesn't know us," Harvick said. "They obviously know that we thrive in these types of situations."

Wallace won his first career pole during Saturday's qualifying. He led 22 laps of the race.