Russia makes it impossible for war to end EU 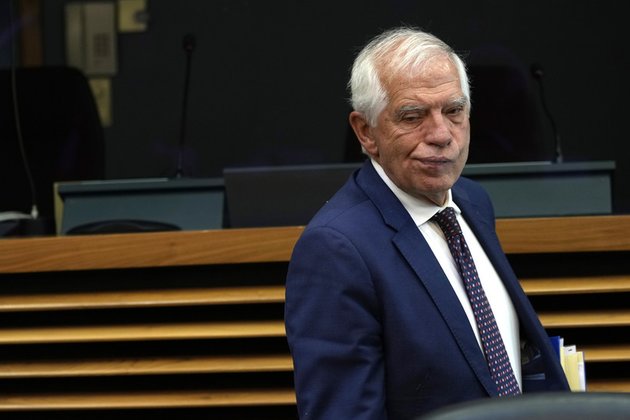 The ?annexation? of Ukrainian regions further aggravates the situation in the country, the bloc's top diplomat said

Speaking to the Spanish RTVE channel, the bloc's high representative for foreign affairs described the impending inclusion of the two Donbass Republics, and Zaporozhye and Kherson Regions, into the Russian Federation as an "annexation" and an act of "completely unjustified aggression."

"Putin makes it more difficult, even impossible, for the war to end," Borrell said.

The EU is committed to continuing its military support for Ukraine, the diplomat stressed. The bloc also intends to go ahead with another package of sanctions against Moscow "so that Russia would be isolated internationally," he added. Russia has consistently warned the West against "pumping up" Ukraine with weapons, saying that it would only prolong the conflict.

Borrell's claim that Russia's "annexation" of new territories will further jeopardize a peaceful solution to the Ukraine crisis echoed earlier remarks by UN Secretary-General Antonio Guterres. Speaking on the eve of the accession ceremony for the former Ukrainian regions, Guterres condemned in very strong terms both their inclusion into Russia and the preceding referendums, and called on Russia "to step back from the brink." In response, Moscow accused the secretary general of abusing his authority.

Putin, meanwhile, warned the Ukrainian authorities and their Western "handlers" that people living in the Donetsk and Lugansk People's Republics, as well as in the regions of Kherson and Zaporozhye, have become Russian citizens "forever" because they made a choice "to be with their Motherland." In his speech at the signing ceremony for the accession treaties, the president also accused the West of dreaming "to weaken and break up Russia," of being "ready to cross every line to preserve the neo-colonial system," and of overthrowing traditional values, which, in Putin's opinion, amounts to "pure Satanism."

The Russian president did call on Kiev to "return to the negotiating table." His Ukrainian counterpart, Vladimir Zelensky, however, said that his country was ready for dialogue with Russia, but "with another president."